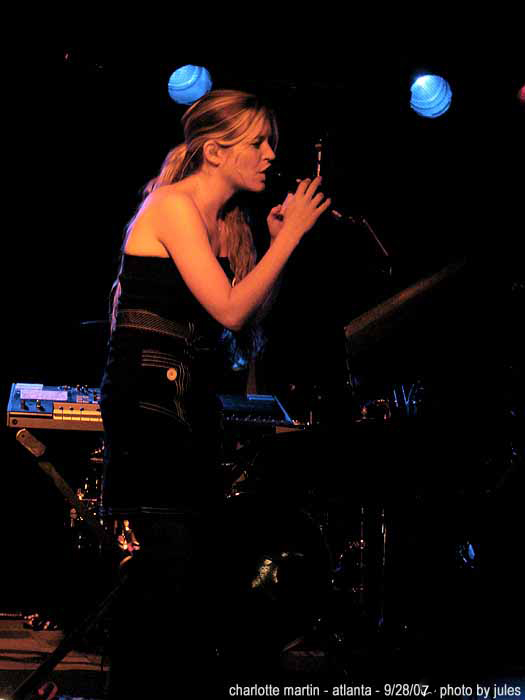 
hello from atlanta!
char, ken and the never say never tour played The Loft in Atlanta GA and it was a reeeaaaallllly great show. very solid setlist and performance...even more so. the loft is a just a big...loft, big room and there was a good mix of ken and char fans for sure (judging from the meet greet).

limits , under the gravel skies, veins, song to the siren, hero, obstacle 1....all highlights and so amazing. it was great to hear under the gravel skies for the first time on this tour. song to the siren was beautiful...something like a hero was awesome! char and fern did this great improv outro and they were totally in synch with each other. and obstacle 1 kicks serious butt. it was a crowd pleaser in atlanta. love it.

and ken's powerhouse set concluded with char coming out and them doing 'civilized' with ken on guitar, fern on drums and the guys from first wave hello backing as char played keyboard. it was very cool. she announced that ken was all on the guitar on the recording so they wanted to play it. it sounded GREAT! a wonderful surprise. and then char stayed on for the duet with ken on 'nurse who loved me' ....great song and the jam withe everyone on stage is a great show closer.

so nice to meet new fans...every place ive been so far on this tour, ive encountered new fans that have never seen char before and are so excited. its great to see and to experience.

what a great tour.

next stop: jacksonville. see ya'll out there


'Under the Gravel Skies'


'Nurse Who Loved Me'